Voodoo, the journey of an African pantheon

In the fon language spoken in Benin, Vodun is a mysterious, formidable, invisible force which affects human society. It includes a serie of rituals dedicated to different spirits. It does maintain the link between the world of living and the world of the death. The spirits and the ancestors must be respected and listened to have a better and peaceful life on earth.

The transatlantic slave industry carried out by the European colonial nations from the 16th century onwards led to the establishment of ancient African beliefs in the Americas. As such, the slave route also became part of Vodun cult, all the way from African slavemasters to the port of arrival.

Voodoo and its beliefs allowed slaves to get together and to find mystic spiritual protection against the Napoleonic arms and forces in order to fight for liberty. Haitian independence was thus proclaimed in 1803.

However, only in 2003, on the occasion of the bicentenary of Haitian independence did president Aristide attribute Voodoo with the status of religion, until then reserved for Catholicism.

Today the Voodoo religion is ubiquitous in Haitian society, impregnating all the nation’s cultures and traditions. A serie of pilgrimages constitute the voodoo religious calendar. Such pilgrimages welcome hundreds or thousands of voodoo practicers throughout the year.

Wherever Haitians meet, a “life space” is declared for the Voodoo religion. This is the case even outside Haiti, particularly in Florida in the United States, where the Haitian diaspora numbers hundreds of thousands.

Nonetheless, as in the past, practicers of Voodoo must do so clandestinely due to criticisms from the various American churches and a ban from the authorities. Voodoo people gather in backyard houses dedicated to voodoo rituals. They found a way, a kind of compromise, to respect, simultaneously, Americans laws and voodoo rules.

State police knows about the voodoo ceremonies and do tolerate it if essential rules are followed. The main reason is because voodoo priests argue the Haitians teenagers to keep away from drugs, to look for a job, to respect Americans laws,… issues that police or social services can’t entirely assume within the Haitian community.

Culturally, Haitians maintain their links with their identity and roots through the practice of Voodoo. Indeed, many young Haitian-Americans convert to Voodoo in their search for identity. According to them, their dual background which constitutes Africa and Haiti can only be assumed through the practise of Voodoo, considered the unavoidable link with their origins.

Authors and copyrights: Gaël Turine for the photos
Laennec Hurbon for the introduction text
Laurent Gaudé for the literary text 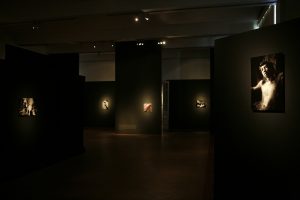 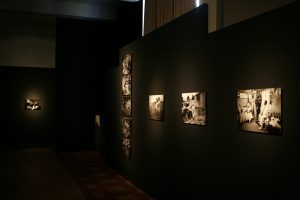 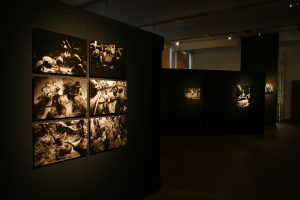 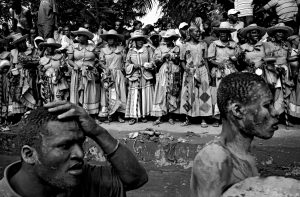 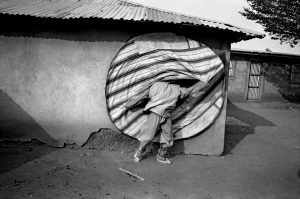 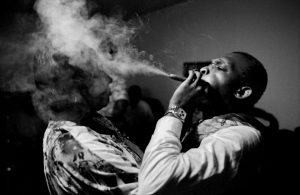 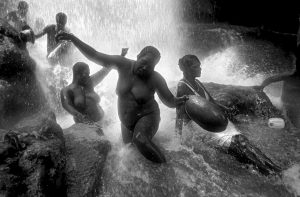